I was researching another studio option that I can provide to you (our client).  We have our favorite studio location in Riverside that we use quite often. However, the plan was to broaden our reach to different locations. So I sought out to see what I could find in Los Angeles County. There were plenty of locations to choose from. It was hard to narrow them down but I believe I found some good ones. I want to warn you Downtown Los Angeles exterior may not be the prettiest area but this studio I found was absolutely beautiful online. So I had to book a session to test out the location. I also wanted to make the most out of this test project. I remembered that a few magazines reached out to me through instagram a while back. So reached out to a few contacts to see if they will want to shoot with me at this new found location with the possibility of being featured in a magazine. Ms. S was available on the date proposed. In this type of project we shorten up the process. Rather than having a full day session that we would do for a standard boudoir session, I asked the “model” to come hair and makeup ready. This is because the location is rented for 2 hours. So we work pretty fast to get the most out of the time spent in the studio.

After the session I processed the images for submission to the magazines. I submitted to 2 because I was not sure if I would get accepted by either or. Why not right?

Come to find out I got accepted to both magazines. Which was to my Surprise. To make things even better One magazine featured us on the cover.

I did not make the cover on the other magazine (MAC Magazine) but I am forever grateful for being published in both in the same month. 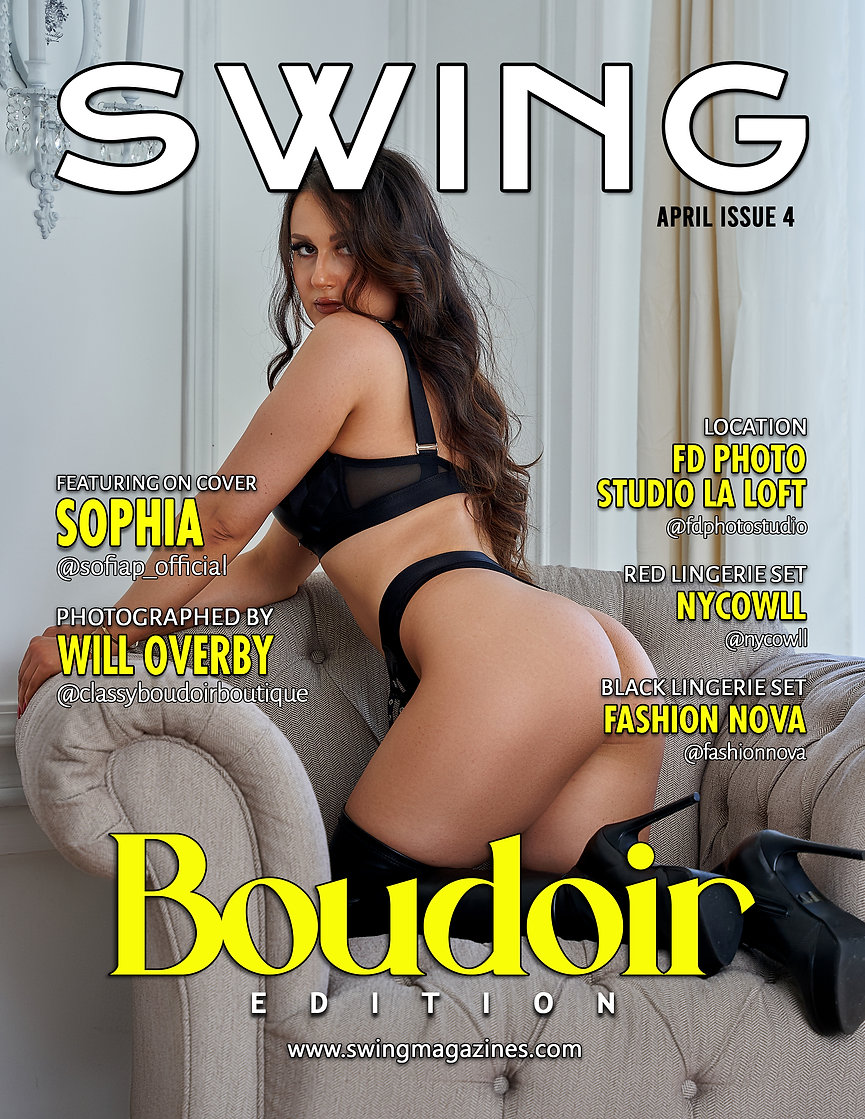 Have you thought about booking your own shoot with Classy Boudoir Boutique? Download your complimentary Session Planning Guide by clicking HERE.  It will tell you all about the experience and what to expect. Our photographer Will would love to chat with you! You can give him a call directly at 909-766-1266.  You can also email us at hello@classyboudoirboutique.com. We can’t wait to hear from you!

Hello! I’m Will Overby, owner of Classy Boudoir Boutique, I run it with my studio manager/wife Cherrelle. Together we offer exclusive boudior experiences throughout the Inland Empire & Los Angeles California. I not only offer an Hollywood magazine like spin on boudoir photography but an amazing experience in a safe environment. My goal is to make you feel comfortable and to empower you to break free from your negative inner critics and feel more confident than you ever have before.